Have you ever wondered what the difference is between an Ergonomic Mouse and a Normal Computer Mouse? In our business, we get asked this question every day. In fact we get asked it so much we decided we'd take the time to put into a blog post for you.

A bit of History

It might come as a shock that the computer mouse was first invented back in 1964. Douglas Engelbart created the very first computer mouse which featured a very simple design made from wood. However some 8 years later the mouse was re-designed by Xerox into a ball mouse to provide a more functional device. Most people would remember the ball mouse design. It worked by detecting movement of the ball on the surface of the desk and translating that into movement of the cursor on the computer screen. These were the first mass produced computer mice in the world. 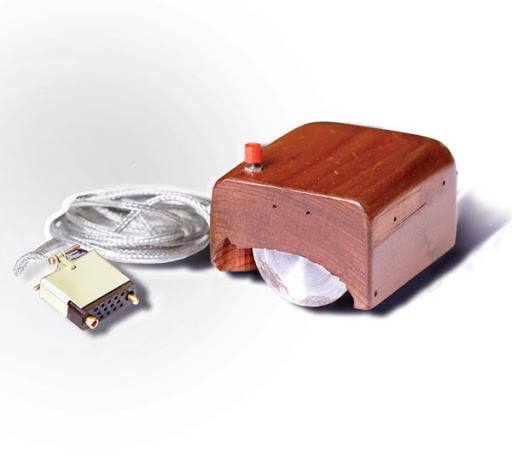 The very first computer mouse, invented by Douglas Engelbart in 1964. 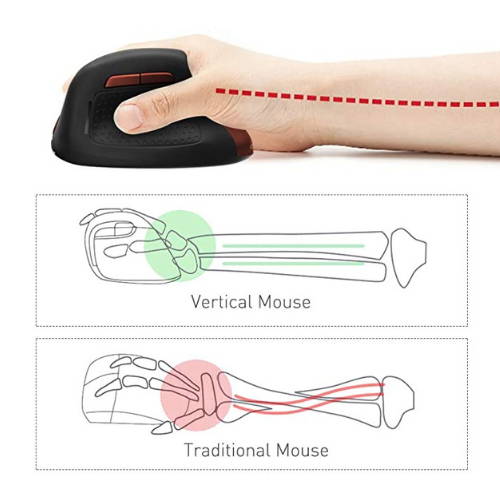 So what's the difference?

Despite the innovative history of the computer mouse, what has not changed significantly is its exterior design. The design of the traditional computer mouse of 1980, is still largely the same as the computer mouse we see today. This flat design promotes the user to grip the mouse using a horizontal (palm down) anatomical position of the hand and forearm. When holding a standard computer mouse the ulna and radius bones in the forearm are crossed (see image). This crossing of the bones causes the activation of more muscles in the forearm, which in turn increases fatigue and strain on the muscles with repetitive and prolonged use of a computer mouse.

Ergonomic mice on the other hand are designed to place the users arm in a vertical position thereby providing optimum comfort and reducing the risk of injuries such as carpal tunnel syndrome, arthritis and other repetitive strain injuries.

There are many benefits for switching from a traditional computer mouse to a vertical ergonomic mouse including:

Shop our Range of Ergonomic Solutions What's the Difference between an Ergonomic Mouse and a Normal Computer Mouse?

Just added to your wishlist:

My Wishlist
You've just added this product to the cart: